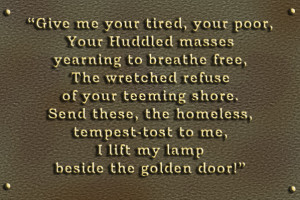 In 1890, the superintendent of police in New Orleans was murdered. His dying words were: “The dagoes did it.”

At the time, Italian Americans – especially Sicilians – were viewed by the public and by many officials as “filthy”, “dangerous” and “bloodthirsty”.

Now, the roots of my family tree tunnel deep into Italian soil, with the deepest in Sicily. And while my family was not involved in any nefarious activities, and was not filthy, dangerous or blood thirsty, I admit there were some Sicilians who gave the rest a bad name. It should have been known that beyond the Sicilian mob – of which everyday Sicilians were also intimidated – most Sicilians were hard-working honorable family members with a gut-deep sense of community. I know this because my family, my grandparents and my great-grandparents, all valued family, personal integrity and community above all.

Sadly, despite the true heart of the Sicilian community as a whole, prejudice ruled, and after the murder of the New Orleans superintendent of police, the mayor of New Orleans ordered Sicilians in the area rounded up and jailed as suspects in the case. About 150 were taken into custody…but the courts, eventually, found most of them innocent.

With these verdicts, the community grew yet more intolerant and indignant. A mob descended on the jail where the remaining Sicilian men awaited for their turn in court. Officials did nothing to stop that mob from storming the jail, hauling the men out, lynching eleven right there in front of the prison and lining others up then shooting them, firing-squad style, until they were dead.

Afterward, upon hearing word of this ignorant, disgusting slaughter of innocents, Teddy Roosevelt, yes, THAT Teddy Roosevelt, a man who would eventually become the President of the United States, a man who had no tolerance for “hyphenated Americans”, said of the murders of these Sicilian men that it was “a rather good thing”. He boasted of saying this many times, proudly adding that he had said it in front of several “dago diplomats”.

Prejudice is nothing new in this country. Neither is 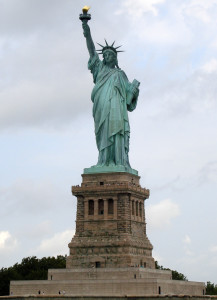 ignorance. Neither is danger or violence. One does not excuse the other yet each is fuel that feeds the fire of hatred, which in turn breeds further ignorance, further prejudice and further violence.

I like to think we’ve grown and matured, yet I look at people in my own state, in my own country…I look at men who wish to be President of the United States, Leader of the Free World, and I shudder in terror. Not because of the dangers they point out – how terrorism has come to our shores – but because of the ugly discourse they spout, the violence they carry out, the fuel of hatred which spills from their mouths and their actions to our kids and to people around the world, and I cry inside because this is not who we’re supposed to be.

Yet, clearly, it’s who we’ve been, who we are, and who, it seems, we’ll be for generations to come. American exceptionalism indeed.