It’s the first day of school here in NYC. I can’t

help feel sad for all the kids returning to the constant grind of early rising and carrying bookbags as big as themselves as they’re sent away from home and forced to work on command by strangers all day, only to then hurry home and have to work some more.

Perhaps it’s a true dislike of school or perhaps it’s PTSD, I’m not sure, but something about this time of year, the end of summer and beginning of an annual ten-month sentence, deeply saddens me.

I feel a sense of loss and grief as if the sunny days of playtime and dreaming – of childhood innocence and wonder – are cruelly snuffed out then forgotten as the rigorous months ahead take form and distract.

Summer memories fade no matter how we wish they would linger. And every year at this time, I feel the same sense of despair.

I’m always surprised when I speak to other people about their childhood experiences with school. Many loved going, enjoyed the social aspect of it, the newness of it all, the discovery. That forces me to dig deeper to understand what it is that bothered me so – then as now. It wasn’t studying or learning as my wonder and thirst for knowledge was as keen as everyone else’s – then as now. Rather, for me, it was the feeling of being ripped away from home, of being sent somewhere that I didn’t want to be without having any say in the matter.

I’m a free spirit at heart and school felt like prison to me – so much that I doubled up on classes in my senior year so I could graduate early and never look back. I didn’t even attend graduation. Once I was out, I was out and glad to be rid of it.

And now, as I look out my window and see a small army of children trudging along with their weighty bookbags on their backs, I feel sad for them, too. I don’t share the ‘joy’ we see on TV commercials where parents are celebrating their children’s back-to-school days.

My Own Child Starts School

When my own child turned school age, I dreaded sending her. I feared she might feel as I did – that she was being shipped off, sent away from home, forced to be someplace she didn’t want to be. I made sure to prepare her, to let her know it would be as happy a place as she made it and that I’d be waiting for her when she came home. We, my husband and I, became actively involved in her school, letting her know she was not alone while still giving her room to roam, and grow, and learn.

But as elementary school ended for her, so did the excitement 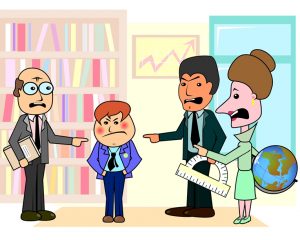 of it all, the newness, the discovery. The friendships formed remained; however, the drudgery became burdensome and overwhelming.

Middle school teachers in our district treated the kids in their care like tyrants, insisting that the pre-teen years were the worst, that kids needed to know who was boss. That they needed to be kept busy lest they find themselves with free time and get into trouble.

It was then that we decided enough was enough.

As a child, I felt like school was a punishment for some unknown slight. As a parent, I refused to allow anyone to treat my child that way.

My daughter was one month into middle school when we began our homeschool adventure. With thousands of NYC children being homeschooled, finding programs, activities and social outings was easier than I could have hoped or imagined.

We formed additional friendships with other homeschooling families while discovering a new and exciting way of learning.

We discovered learning through play, adventure and exploration, which incorporated the wonder of a child’s imagination and the freedom to just ‘be’.

I do miss the homeschooling days. They were a magical time that not only fed my child’s hunger for knowledge but also soothed the confused and angry child that lingered within me.

Now, as always, the summer has come to another close and children head back to school. And I feel the old familiar twinges of sadness for them as I did for myself all those years ago. 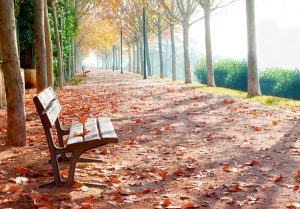 I’d love to hear your thoughts about your own school days or those of your children. Were they happy and exciting or burdensome and frustrating?