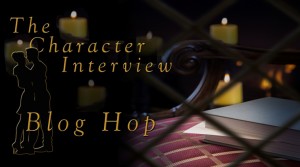 I have so enjoyed the interviews from this blog hop, and the ease with which it seemed each participating author managed to get their heroes and heroines talking. Patty Blount’s interview from last week, with the brainy and secretive Julie Murphy from her amazing Young Adult novel, SEND, was no different. In case you missed it, you can find that interview on Patty’s blog – HERE.

When I thought about interviewing a heroine from one of my own stories, I hoped the process would be smooth for me as well. As smooth as a slice of creamy New York cheesecake. I would interview Eden Widow, the haunted yet graceful heroine from my second novel, SAFE IN HIS ARMS. Her story was originally a subplot in my first book but it grew into its own.

Eden is most comfortable in her apartment on Manhattan’s Upper West Side overlooking Central Park, so we meet there. I hear her buzzing me into the building seconds after I’ve already walked in behind a woman with two little white dogs wearing pink bows in their hair. We all ride the elevator together and as I watch the numbers climb, I’d swear the little dogs watch as well. 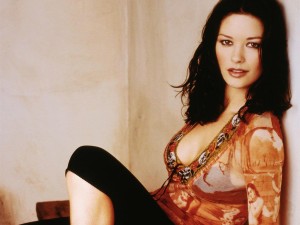 The moment I step into Eden’s apartment, I’m struck by a panoramic view she has of Central Park from her picture window. A desk sits before it, centered, with plenty of space to either side for a clear unobstructed view. A luxurious cream-colored sofa and club chair sit conversation style with enough room to walk around them to be spacious yet cozy. Besides the view, what strikes me most is the array of cheerful flowers in vases placed on every flat surface I see. The flowers are all the same – white daisies and yellow forsythia sprays. They’re in bud vases, bowls, urns, fluted vases… not overdone, just simply lovely. They’re everywhere I look and make me smile, like this space is a happy one because they make it so.

I follow Eden through the living room to a small breakfast nook where she has tea prepared for us. She moves across the rooms with a confident grace, as though her every movement is part of an intimate choreographed dance. She pours my tea and smiles as I thank her for having me. I take a seat across from her at the delicate round table.

Her voice is smoky, though not gruff. Her expressive eyes nearly as dark as her black hair.

I take out my pen and notepad and ask the first, rather blunt, question.

What is your greatest fear and have you told anyone? Why or why not?

She continues to pour the tea, into her cup now. Then she gently sets the teapot down, not looking at me or answering and I wonder if she heard my question. And then she lifts her teacup and speaks again – with that intriguing voice of hers. 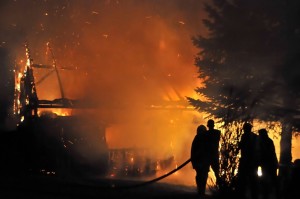 “My greatest fear is one which haunts me night and day. It’s the recurring nightmares and whatever truth they’re keeping from me. I want to know what it is as much as I fear knowing.

“I’ve told Luke about them, my brother. It would be impossible not to. We’re not twins, he and I, but we could be, it’s been only us for so long and we couldn’t be closer. Besides, he knows all about my dreams since I’ve had them from youth… from when I… from when our parents died… in a tragic fire…

“That fire started it all… I still smell it. I still feel the heat of it on my face. I still hear my own hoarse screams and pleas from when I fought to go back inside to save them and the fireman held me back. I had nightmares for the longest time after that. They were uncontrollable.”

She sips her tea and I can’t help but look around her apartment. There are candles placed here and there – floating candles, pillars, scented jars. All have blackened wicks. I’m no expert, but I’m a little surprised someone so traumatized by fire would have flame-lit, not battery-powered, candles around.

The light clink of her teacup on the saucer draws my attention back to her.

“Luke was there for me. He understood because he had gone through it, too. He held it together for my sake but when I finally realized how tormented he was by my pain, I found an outlet for it. I took all of the images from my dreams, all of the unanswered questions and disturbed emotions, and turned them into fiction. I adopted the pen name Gerard Blackwood, whose tales of murder and mayhem are depraved and gruesome… and… beloved by an insatiable and loyal audience. The more I wrote, the more time there was between nightmares, until they finally subsided.

But something happened recently…”

She looks at me without speaking, a small uncomfortable smile playing upon her full lips. I sense her apprehension and fear, and realize she’s struggling for composure. I cover her hand with mine and she closes her eyes for a moment. When she opens them she seems stronger.

“I… was assaulted. Here in this very apartment. I… know this because I woke in the hospital with worried faces all around me. Everyone wanted to know what had happened, who I had let into my apartment, did I know the man… but I couldn’t remember. When I tried, panic blurred the memory, blended what happened before, with the fire, with what happened now and… it was all too much… and then the nightmares started again. They’re more violent now, more cryptic, and my writing has become darker because of it… I’m not sure my mind will ever unmuddle the memory of what really happened to me. I wish I could say I am in a state of blissful ignorance but I am not. The memory teases. My greatest fear is that the teasing will stop and the truth will become clear.”

I can imagine either would be terrifying. Can you tell me about one person who made a positive difference in your life?

She smiles and though it’s not a grand smile, I am taken in by the beauty of her eyes as it reaches them.

“That is an easy one. Scott Parker. He has been 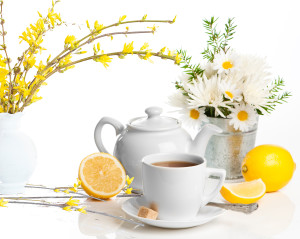 so patient with me. I have dated men before, not  many, but enough. At one time I was even engaged to a man I adored and who adored me. Too much, perhaps. Dylan James. He is a beautiful man, strong. Solid. Sooty eyes and hair. He’s part of the family now because his sister married my brother. But he had a tendency to smother me. It wasn’t meant to be cruel, just attentive and… protective, I suppose. Especially when it came to my nightmares. The questions he would ask me about them… sometimes they frightened me more than the dreams.

“Scott is different. He doesn’t push or plead. He’s confident in his own skin. Confident enough for both of us, in fact. He loves me, I know it without question, and I love him, but he does not need to hear that from me at every meeting, during every conversation. He just knows. We can just be, and it’s enough. He trusts me to make my own choices, unlike Dylan, who tried to orchestrate my every move, as though he feared I might shatter…like spun glass.”

She offers more tea and I accept though she does not pour more for herself.

Where do you go when you need time to yourself?

“As an author with deadlines, I have a lot of time to myself. Too much sometimes. I must say, I so look forward to time with Scott. His home upstate is lovely. His property ends where stunning and serene parkland begins, so it looks and feels like it goes on and on. A stroll in the gardens on his property is all it takes to unwind. Especially when he’s with me. I find my most peaceful and fulfilling moments are with him. There in his space…and even here. With him. In mine.

Do you have a secret? If so, why do you feel the need to keep it secret? 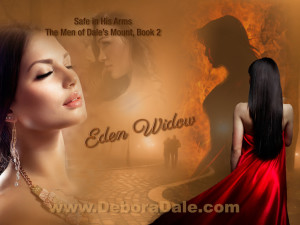 “I do have a secret. It’s one I wish to learn… the meaning behind my dreams. I know something happened to me. Something besides the fire. Something that frightened me so much I have been unable to see it. And so it haunts me. I do not feel the need to keep it secret… yet, there are times, moments, when the answer seems too close, and I turn away. When I awake… I am still unsure what my secret might be.”

Her phone rings and I wait, certain she’ll answer it, but she doesn’t.

“That would be Luke. He and his wife have invited me to dinner this evening. Along with Dylan. Please accept my apologies but I must get ready.”

I understand and say so I as I pack up my pen and notepad. And then a deep male voice comes over her answering machine.

“Hey E, it’s me. Kristen’s craving Mexican now, so no Italian tonight.
Unless she changes her mind again. She still wants the ice cream so
don’t forget to bring that. If you didn’t get it already, you might have
to head into Queens for it ’cause I’m sure I bought out all of Manhattan.
Don’t be late.”

Eden smiles as she walks me to the door. I tell her I hope she won’t have to drive to Queens for the ice cream and she laughs softly.

“Thank you but I won’t need to. I’ve been stocking ice cream for Kristen for months now.”

I step into the hall saying I have just one more question. She waits and I ask.

If you could ask for one thing, what would it be?

I see that same effort for composure as before and I wish I could withdraw the question, not wanting to leave her feeling low but rather with that sweet, content smile. She breathes softly.

“If I could ask for one thing, it would be to go back in time and unplug the potpourri pot that overheated, started a fire that destroyed our house… and killed our parents.”

She eases the door closed between us.

I have missed Eden and Scott, and all the other characters from this book. I cannot wait to revisit them and again watch Eden reach her much-deserved Happily Ever After.

Elizabeth D. Spencer lives on Long Island, New York with her husband, three children, and two energetic Sheltie puppies, Brinkley and Carson. (Named for the dog from You’ve Got Mail and Downton Abbey’s very own Carson, the butler.) She shares a love of history with her family and a love of books. Her days and nights are spent writing. When she is not writing Appellate briefs for the day job, she is busy writing historical romance novels. The greatest challenge has been learning to balance it all. Coffee has been a tremendous help!