No, I Won’t be Attending NYC’s Writer’s Conference

My writing organization membership just expired. By choice. I had been a member of the largest organization for romance authors for more than a decade. I’d made some amazing friends during my time there. I found my writer’s ‘voice’ and I learned to trust my process. Well, recently, new rules were applied within the organization about what it meant to be a member of it, and what it meant, by extension, to be considered in “serious pursuit’ of a career in writing. I realized, then, that my vision did not in any way match that of the new board of directors, and the direction of the organization did not fit with my personal plan for myself as an author. And so, I chose to let my membership lapse.

Writing is a solitary act. I don’t mind that, but I do like to interact with others in the industry. Fortunately, since I made a number of writing friends over the years, I am now part of another group of writers who value the level at which each of us stand now and where we hope to be – as well as what route we might choose to take to get there. There is nothing quite as fulfilling as belonging to a group that doesn’t force you to conform or make you feel inferior for choosing your own course.

And that brings me to the huge writer’s conference planned, this year, in NYC.

I attended the last writer’s conference in NYC four years ago. Thousands of authors were there. Editors from big publishing houses were there and available. Literary agents were there, as were authors who had already reached the golden ring – Sylvia Day, Sherrilyn Kenyon, Kate Pearce, Cherry Adair…

And then there were the rest of us. Thousands of us each vying for the same readership, the same golden ring.

The keynote speech at the luncheon was phenomenal. A tale of overcoming outrageous and discouraging odds. It was funny and sad and cheer-worthy. The unpublished and published writing awards were thrilling. How wonderful to celebrate with other authors, those who finaled, and those who took home the coveted awards.

There was one winner in each of the two contests. There were a handful of successful authors who signed books, gave workshops, and otherwise engaged those of us who had yet to reach that status but instead remained unpublished.

Where did we fit in? Was there even room for 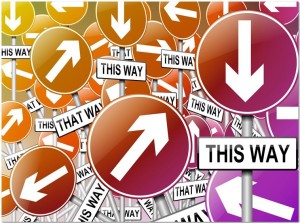 us? Would anyone notice if we weren’t there? Would anyone miss us? Care? Would it make a difference in our own pursuit – gee, is it “serious” enough? – if we attended every workshop or instead chose to rub shoulders with the more successful? Was there a path to follow? A yellow-brick-road leading to publication?

How about a path to some self-confidence or a way to look at all the other wannabes, wish them the best, yet still believe in yourself and your own chances? Was there a way to convince your muse that, yes, you have something unique to say, something readers will enjoy enough to buy. Perhaps a way to view your own process as one of pleasure not one of pressure – pressure to beat out every other wannabe vying for success in the romance genre.

Some of the workshop lecturers told attendees the genre they coveted (in my case, Romantic Suspense) was a dying genre and that no one made it in that genre unless they’d already created a name for themselves in it (this was actually said during one workshop which directly contradicted another). Some workshop lecturers offered tried and true methods for getting an entire story down in just a couple of days. Others offered advice on how to revise an entire novel in one week.

It was all fascinating and clearly worked for each of the speakers. Their enthusiasm soared as they spoke and offered advice and guidance – all of it, in my experience, generous and freely presented.

I was pumped when I left, thinking I could refer to my notes and the experience and forge a new path for myself. One lined with encouraging signs and constant forward motion. 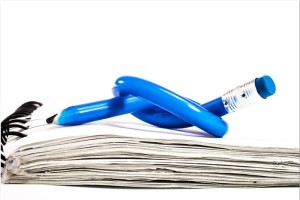 Instead, my muse fell silent.

The vast amount of advice was overwhelming enough, but when dissected and compared and, therefore, exposed as contradictory or non-applicable to ‘my’ situation, or just plain awkward given the way I need to work… it became a jumble of nonsense for me. A muddled vision of the huge undertaking that still lay ahead for me… and the thousands more who wished to one day see their own name on a book.

It took months to get myself psyched again. To wake the muse, to rework the creative muscles that had atrophied. To realize the methods that fueled the few success stories relayed there were as varied as the stories sitting on bookstore shelves. That the ‘right’ road toward publication might detour into all of those areas – or none – since we each need to follow our own course, as is creativity’s demand. 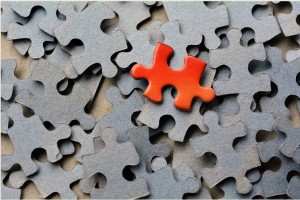 There is no room for conformity in creativity. There is no one tried-and-true way to advance to a level of success (and no single definition for “success”). To shuffle along with the crowd, to be told what it means to be serious about the craft, to have all of your effort dismissed for not fitting into that definition, is to stifle the muse, crush the spirit and demand conformity… which limits creativity.

I am not attending the conference in NYC because while some authors are encouraged and invigorated by all it has to offer – and good for them to benefit from the experience – the last time I went, I was left doubting my own desires and my own efforts. Had I left there overwhelmed with possibilities, it would have been wonderful – a cause to return – but that was not to be.

So… while a huge flow of there-already and getting-there authors gather in NYC for a few days and nights of excitement and enlightenment, I will thank my lucky stars for the chance to have experienced it once… and for the ability to have overcome its paralyzing effects.

I know now that there is no yellow-brick-road to follow. There is, however, a man behind the curtain. And now that I’ve seen him for who he is, I realize he is no better than I… or any other author.

all images in this post were purchased from depositphotos.com