The Romance Heroine and Childhood Trauma

The heroine in my romantic suspense novel, Surrender at Canyon Road, (available May 2020!) survived trauma as a child through sheer wit, determination and courage. As a young girl, she was forced to adapt to the fluctuating moods of a severely ill parent who self-medicated rather than medicate properly. She had to endure the unpredictable rages of a parent who tried to drink his pain away. This left her fearful and perpetually on edge, always trying to appease, to hide, and to escape. She, as most children in unstable situations, carried the scars of that chaotic and frightening upbringing into adulthood.

The Lingerings Shadow of Trauma

As a survivor of a toxic prior relationship myself, I realize victims of abuse or other continuing trauma, whether child or adult, are often more focused on surviving each day than on anything else. They’re hopeful help is out there, but they’re often closed off from it, whether by their own fear or from the perilousness of their situation.

Once they’ve escaped, it’s often easier to pretend, on some level, that it never happened. Seeking help means looking back and facing the trauma, when in fact, the instinct is to keep going forward; taking with you all the survival techniques you had previously been forced to employ. 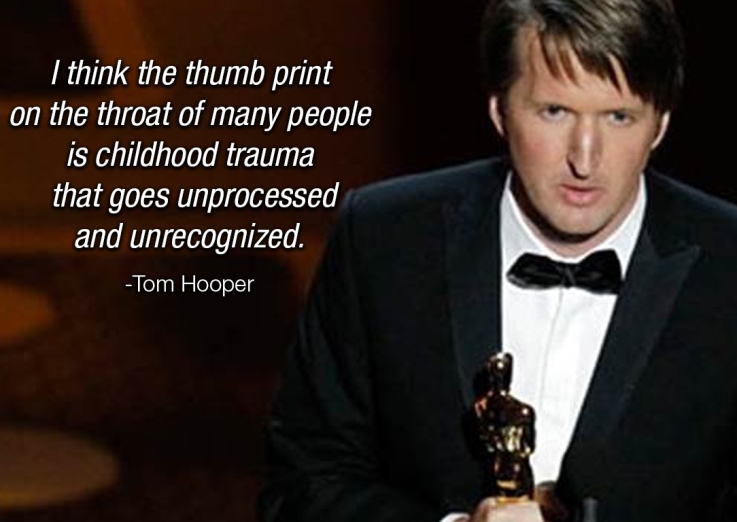 In a recent post, Not Your Mother’s Romantic Suspense, I discussed the heroines of the past and present. It seems to me, a heroine abused or traumatized as a child or young adult in an old dime-story novel would see that abuse continue at the hands of the “hero”. Those heroes were all “alpha”, they commanded the world around them and gave pittance in return for loyalty and dedication. It wasn’t until the heroine soothed him, that we’d glimpse his more tender side. Yet, in the end, her past demons were never excised. Rather, she suddenly overcame the trauma once her bad boy was tamed. And they lived happily ever after. The pain of what brought that heroine to this point, of what created the person she now was in that story, forgotten, rather than addressed.

When things get hairy again, she immediately calls on the tried and true techniques that helped her endure the past

Lessons of the Past

As Surrender at Canyon Road opens, Dani is about to taste freedom and opportunity for the first time. She embraces the newness of it all with cautious glee. But she is fully aware of why she’s running; her wounds are still fresh. Despite that, she believes she’s distanced herself from it all enough to move forward. Naturally, she hasn’t. 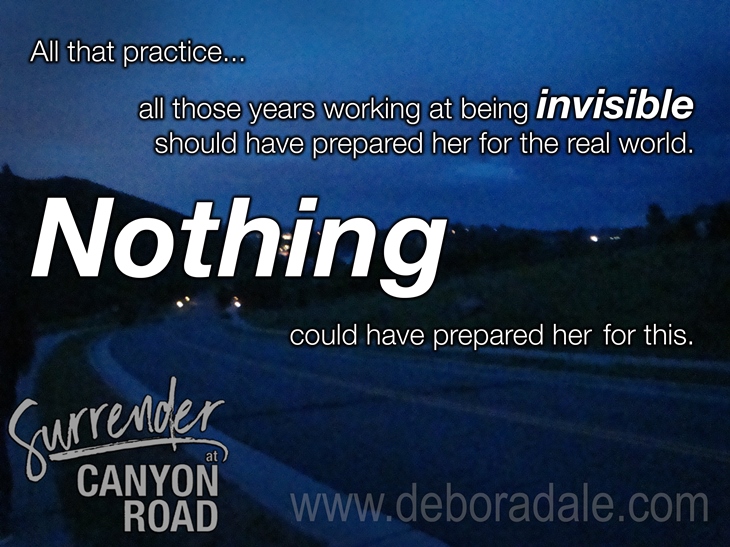 Her past has colored the way she sees the world now. And when things get hairy again, she immediately calls on the tried and true techniques that helped her endure the past, hoping, once modified and applied to fit new and escalating peril –not just for herself but for others in need of her help—she, and they, will somehow survive.

Have there been moments in your life so difficult you’re unsure how you came out of them whole? Do you try to ignore that they ever occurred, or have you dealt with the trauma of them in time? Perhaps you’ve gone through the five stages of grief: denial, anger, bargaining, depression and finally acceptance. My hope is whatever the trauma from your past, in the present you’ve found inner peace, stability, and…one step beyond acceptance…happiness. Find me on Facebook or Twitter to add to the discussion.